All Collections
Press
Press
Tax office to scrutinise over $7 billion in car claims, concerned many are dodgy

Tax office to scrutinise over $7 billion in car claims, concerned many are dodgy 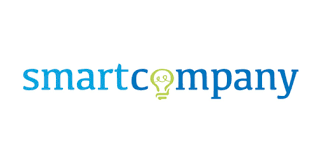 The tax office has issued a warning about car-related expenses, outlining plans to crack down on the billions in claims made last year.

Concerned many taxpayers are filing dodgy claims for bigger refunds, the ATO said on Tuesday it would be taking a close look at the millions of work-related car expense claims it receives at tax time each year.

“We are still concerned that some taxpayers aren’t getting the message that over-claiming will be detected and if it is deliberate, penalties will apply,” ATO assistant commissioner Karen Foat said in a statement.

In 2017-18 more than 3.6 million work-related car expense claims were filed to the tune of $7.2 billion, figures which have clearly raised some eyebrows within the tax office.

“While some people do make legitimate mistakes, we are concerned that many people are deliberately making dodgy claims in order to get a bigger refund,” Foat said.

“We see taxpayers claiming for things like private trips, trips they didn’t make, and car expenses their employer paid for or reimbursed them for.”

In one example provided by the ATO a $4,800 claim triggered a red flag, with investigators finding the taxpayer was using a car service logbook as evidence of vehicle use rather than a dedicated work-use book.

After running the ruler over the case it was found the taxpayer hadn’t booked any work-related car travel that year.

“Simply driving between work and home is not enough to warrant a deduction. You must have a work-related need to travel while performing your job, like traveling from site to site or be required to transport bulky tools,” Foat said.

Businesses with workers using vehicles are being advised to help their workers dot their i’s and cross their t’s to avoid any additional tax office scrutiny in the coming weeks.

The ATO said on Tuesday it has “three golden rules” for work-related car expenses:

Trips between home and work cannot generally be claimed unless a worker is required to transport bulky equipment;

Workers can’t claim car expenses reimbursed by their employers; and

Ensure workers have the records necessary for proving their claims.

There are two ways to calculate deductions for car expenses, the cents per kilometre method and the log book method.

The cents per kilometre approach can be lodged for claims up to 5,000 kilometres and doesn’t require receipts, but employees must be able to show how they worked out their travel distance.

Logbook lodgers must claim based on the percentage of travel which is for work use and prove that claim with books showing how far they travelled and when.

Helping out workers this July 1

While business owners have plenty to think about themselves this tax time, workers are also navigating a myriad of changes.

The government’s protecting your super package comes into effect on 1 July and will turn off insurance on millions of super accounts which have been inactive for at least 16 months.

The changes are designed to prevent fees from eating up low balance super accounts but amid worries many employees are not aware of the impending changes, employers are being asked to help out.

“Many employees do not take an interest in their super, unintentionally opening multiple super accounts each time they start a new job,” Roll-it Super chief customer officer Jacinta Jones said.

“The super funds are required to communicate the changes to their members. They have been warned by ASIC to avoid encouraging members to maintain insurance policies they may not need.

“It is therefore important that SMEs, or their default super fund, do not spruik life insurance in the workplace.

“Good practice for employers is to simply raise awareness of the changes. A gentle nudge for employees to read the letter received by their super fund and to consider their life insurance needs would help them make an informed decision,” she said.