All Collections
Press
Press
Roll up for super shakedown

Roll up for super shakedown 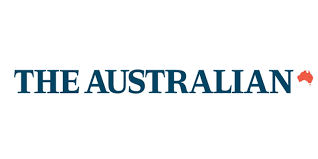 Roll up for super shakedown

The company is lead by CEO Mark MacLeod, who told The Australian he started the company after losing $50,000 of his own super when his employer put him in an underperforming default fund without his knowledge.

“My employer selected AMP as their default super fund, and they thought they had achieved a great outcome for their employees by negotiating a lower administration fee from AMP,” Mr MacLeod told The Australian.

“The MySuper product was promoted as a good deal for employees, and like most of my colleagues I never questioned investing my super in the plan, until I researched performance and fees against other public offer super funds in the market.”

Mr MacLeod said the company discount reduced total management fees for a MySuper product from over 2 per cent to over 1 per cent of his super balance, which he said merely brought fees back to the market average.

Mr MacLeod said he didn’t blame his employer and added that the reality is no default MySuper options available to employers is a top ten performing option.

Ten million Australian workers today leave their super fund choice to employers, and according to Mr MacLeod the result is a transfer of wealth from employee super accounts to the superannuation industry, with fees increasing $11 billion in just three years.

“My previous roles have included product development of a superannuation payment clearing system and SuperStream gateway, and an account director to major banks and super funds,” he said. “I had a clear understanding of the technology and incentives that drove the sector.

“As I continued to research the sector, there was one fact that astounded me. Most of us passively accept that our employer will select the most important financial product of our lives. It made no sense and it was destroying our financial futures. A year later, the Productivity Commission agreed, describing the default superannuation situation as a complete market failure.”

Roll-it Super’s platform includes a super fund investment comparison and switching tool, as well as a financial wellness program and a rewards program including savings from Woolworths, Coles, Qantas and Caltex.

Roll-it Super closed an oversubscribed $250,000 capital raise via the issue of convertible notes in October, and will consider a further capital round in early to mid-2019.

“A light is being shone on the superannuation sector. The Royal Commission hearings exposed super funds putting commercial self-interest before member interests, while the Productivity Commission exposed the market failure of the default super sector,” Mr MacLeod said. “The solution is not more super funds … That is the last thing Australians need. What all Australians need is for current super funds to work hard for our money and do better.

“Roll-it Super is not here to recommend products and we do not receive commissions from super funds. We are purely here to help employers avoid the traps of default super and advocate for employees to make smarter and more informed superannuation investment choices.

“Employers should not be responsible for selecting the most important financial product of an employee’s life, this is a decision only an individual can make. We are going to empower employees across Australia, from any profession, to take control of their financial future today.”